Penmaenmawr Sailing Club held their annual Open “Conwy Tally Race” on Sunday the 5th of July 2015 which saw visiting sailors from Port Dinorwic/Y Felinheli Sailing Club take the 1st and 2nd place honours. The two hour race began with light winds and fair weather but soon turned into more faster winds and rain which saw two craft capsize at the first buoy, one of which had to retire. In the last half hour the wind dropped when the rain stopped and the last few craft had a more sedate sail to the finish. Ten craft set sail from the start off the slipway at Penmaenmawr around a course that took in the fairway buoy and the Perch at the entrance to the Conwy Estuary opposite Deganwy.  The 2 hour race was keenly challenging and saw the mono hulls outstripping the catamarans. Prizes were presented by Club Commodore Gerry Frobisher and thanks were given to Mandy Williams and Sue Petch for the catering and Hilary Moss as Race Officer.

Picture show Race Winners Julian Bridges and Jenny Williamson in their Flying Dutchman during the race. 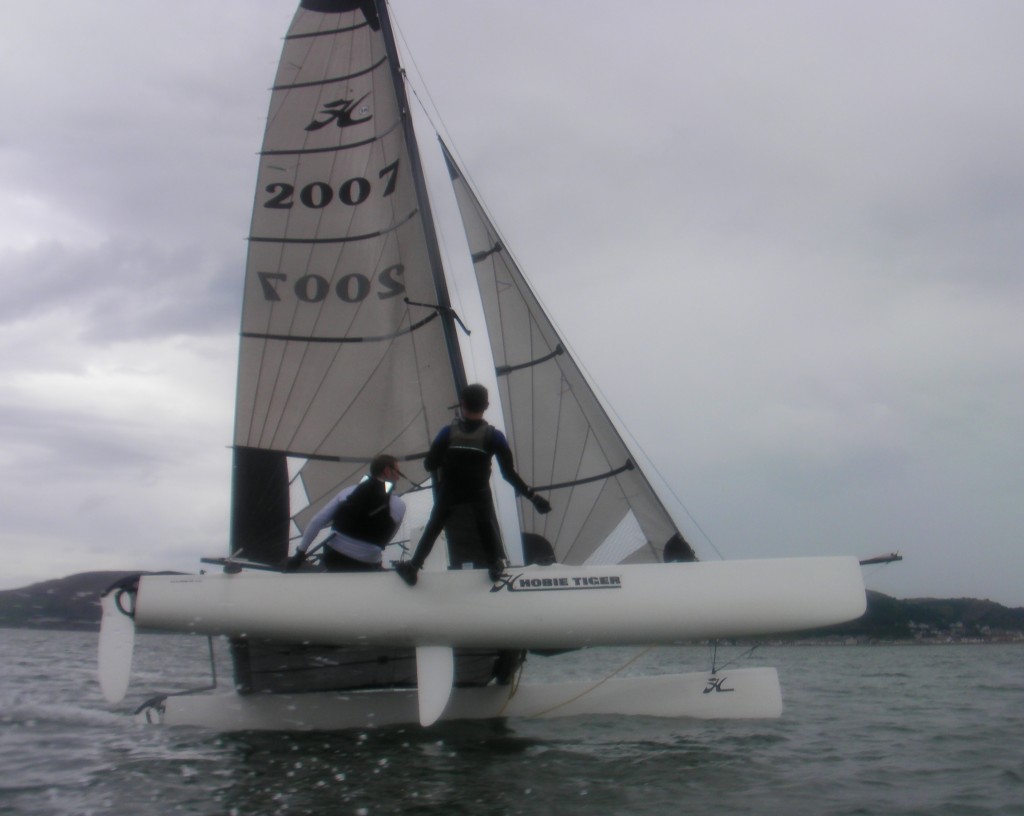