Pictures shows second placed Ancel Davison and Julian Bridges in their Flying Dutchman preparing for the cannon, and The sailors after the race. 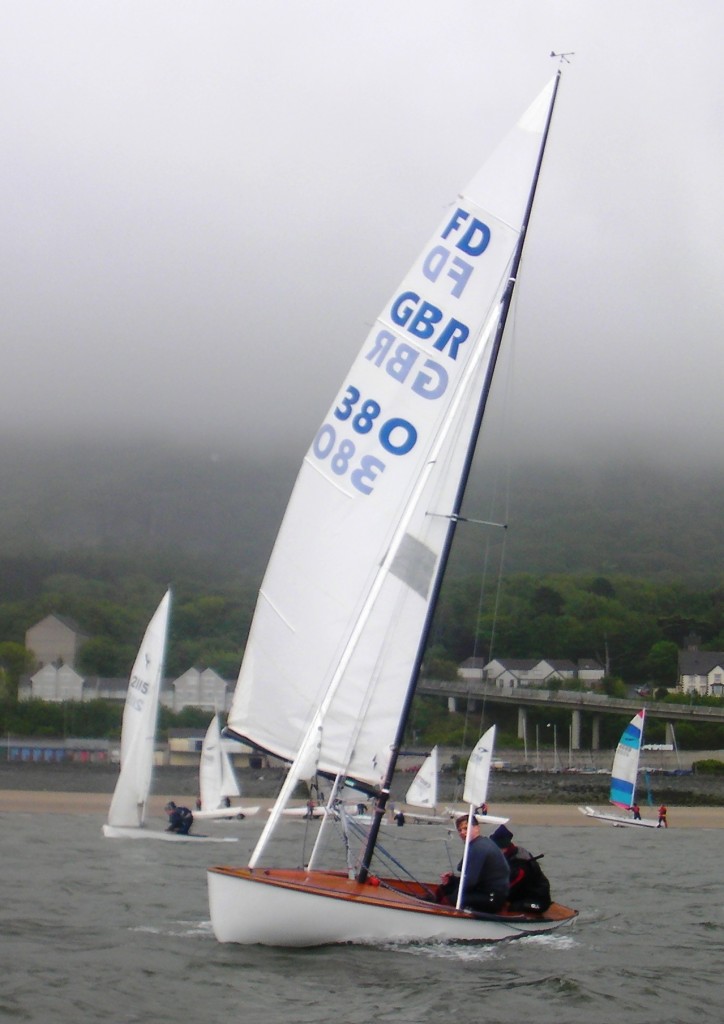 Penmaenmawr Sailing Club held their Open Puffin Race on Bank Holiday Monday the 25th of May 2015 saw visiting sailors from Port Dinorwic/Y Felinheli Sailing Club take all the 1st and 2nd honours. The race began with as a wet and windy start that developed into a lighter wind. Nine craft set sail from the start off the slipway at Penmaenmawr around a course that took in Puffin Island. The almost 4 hour race was keenly challenging which saw the mono hulls outstripping the catamarans. Prizes were presented by Club Commodore Gerry Frobisher and congratulated junior member George Weis for his well-earned 4th place. Thanks were given to Many Williams for the catering and Hilary Moss as Race Officer.